Dustin Johnson happy to bounce back 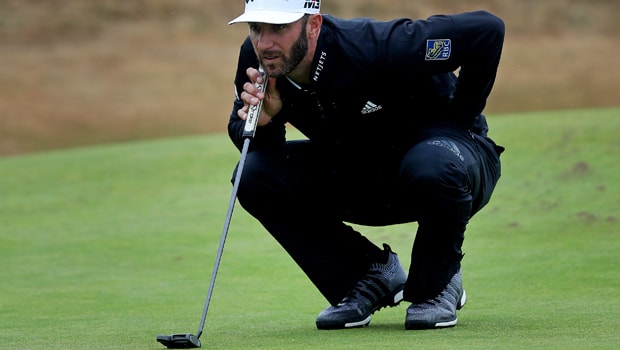 Dustin Johnson said he was hitting the ball well and was happy to get back to form in winning the Canadian Open.

After finishing as runner-up in 2013 and 2016, he was finally able to lift the trophy in Toronto as a final round of six under par 66 giving him a three-stroke lead at the Glen Abbey course.

The South Korean duo of Kim Whee and An Byeong-hun were joint second with Keegan Bradley fourth.

After a disappointing Open at Carnoustie where he failed to make the cut, Johnson was happy to bounce back in style as he finished the tournament on 23-under.

He said in Toronto: “I really, really hit the ball well all four days.

“I just did not score very well at Carnoustie at all. I didn’t putt good.

I felt like I hit the ball plenty good enough to be under par after two days, and I was five-over or something. It was just bad scoring.”

The Canadian Open was his third win on the PGA Tour this year and means that he becomes the first player since Tiger Woods to win at least three PGA events in three consecutive years.

His other wins this year so far were the Sentry Tournament of Champions in January and the FedEx St Jude Classic last month.

Johnson said he was most happy that his putting, which let him down in Scotland, was firing again in Canada, adding: “I needed to work on the putter, which I did. I started rolling the putter a lot better this week.”

The final major of 2018, the PGA Championship is a little over a week away, taking place at the Bellerive Country Club in Missouri.

Johnson’s best performance at the event was a joint fifth in 2010.

The Ryder Cup also takes place this year, back in Europe in France and the USA are 1.91 to win the tournament with Europe 2.05 while the draw is 11.00.