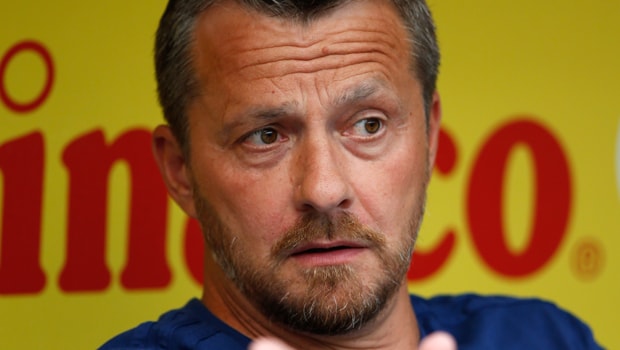 Fulham manager Slavisa Jokanovic says he is expecting to be busy in the transfer market ahead of the new Premier League season.

The play-off victory at Wembley over Aston Villa means that they are back in the top flight and with changes to the summer transfer window clubs are having to do their business earlier.

The window usually shuts towards the end of August but this year, for the Premier League, it ends on 9th August, just before the league season gets underway.

Jokanovic has already brought four players in ahead of the new campaign but is expecting to be busy in the next week or so.

He said last week in an interview with the Spanish publication Marca: “The transfer market is an important period to bring in the pieces we need.

“We have a good player base, but we know that we have to invest in experienced people to give them support and be competitive in the Premier League.”

Fulham, 3.80 to be the top promoted club, are hoping that Newcastle’s Aleksandar Mitrovic, who was on loan at Craven Cottage last season and played a key part in getting the team promoted, will join in a permanent deal while they are also thought to be keen on bringing Swansea’s Alfie Mawson back to the Premier League.

Fulham have played Crawley, Reading, Fenerbahce and Lyon recently while they have pre-season games against Sampdoria and Celta Vigo to come before they begin their first season back in the Premier League at home to Crystal Palace on 11th August.