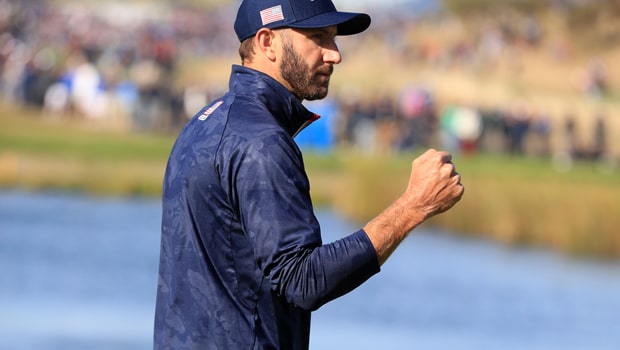 Dustin Johnson sealed a runway win at the World Golf Championship-Mexico to enhance the proudest record of his professional career.

The American was winning for the 20th time on the PGA Tour and has now won at least once in every year since he turned professional in 2008. The streak isn’t lost on the former world number one.

“I’m definitely very proud of myself for that,” Johnson said.

“It’s a big accomplishment. It’s tough enough to get one win out here, and to win every year I’ve been on Tour is, yeah, it’s something that I work hard on and I want to do.

“I want to keep it going as long as I can, but it’s been a lot of hard work and it’s paying off right now.”

Johnson’s prowess with the driver at altitude in Mexico City essentially helped him hold the field at arm’s length.

He went into the final round leading by four from playing partner Rory McIlroy, and, despite both running into their troubles during the final day, he increased that lead to five with a closing 66.

McIlroy played the front nine in one-over par but he rallied by making six birdies in seven holes from the 11th onwards.

Johnson covered his move with five birdies of his own from the tenth through the 16th ensuring his 21-under par tally was five clear of the Northern Irishman.

McIlroy duly had five to spare over Paul Casey, Ian Poulter and Kiradech Aphibarnrat on 11-under par, sharing third spot. The big mover on Sunday was Justin Thomas, who made 10 birdies en route to equalling his own course-record 62 and taking ninth spot on his own.

According to McIlroy, halting Johnson at the Club de Golf Chapultepec was a thankless task. “No contest,” said the runner-up.

“Especially here. His drives are going 380 [yards] down the middle of the fairway and he’s holing most of the putts he looks at.”

McIlroy and Johnson are joint-favourites at 11.00 to win the Masters at Augusta in April.