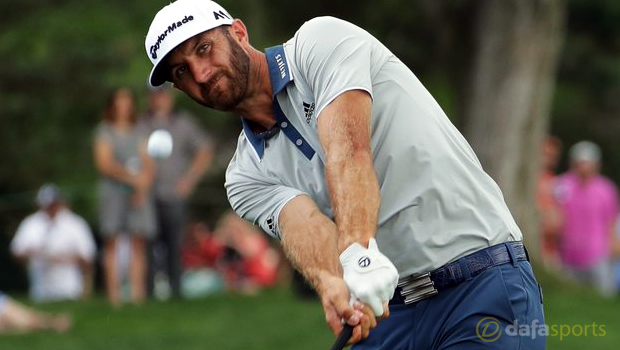 World number six Dustin Johnson has put huge emphasis on accuracy off the tee-box ahead of the US Open at Oakmont, which runs from June 16-19.

The second major of the season is just around the corner and Johnson will be hoping he can finally win one of the ‘big four’ tournaments after missing out on several occasions.

Last year’s outing at Chambers Bay in the US Open was arguably one of the American’s most heart-breaking weeks after he three-putted the final hole to drop out of the lead.

Compatriot Jordan Spieth was the player to benefit then and he is third favourite at 8.00 to defend his title, behind Jason Day at 7.00 Rory McIlroy at 7.50.

Johnson will be hoping for a change of luck in Pennsylvania this time round and he heads into the coveted tournament on the back of some good form in 2016.

The 31-year-old has recorded six top-10 finishes and ended up third in the Memorial event last time out, leaving the confidence high going into the US Open.

Oakmont is a notoriously difficult course and Johnson, who is well-known for his long drives, believes getting the ball onto the short grass will be crucial to his chances of winning.

“It definitely puts a premium on hitting fairways, for sure just to be able to control your ball coming into the greens, whether the greens pitch forward or pitch backward, it doesn’t matter,” he said.

“You need to be in the fairway just so you can have a shot to get it close to the hole.”

Johnson is priced at 17.00 to break his major duck while Phil Mickelson, who needs the US Open to complete the major collection, is a 34.00 chance.