Golf: Dufner hangs on to claim US PGA glory 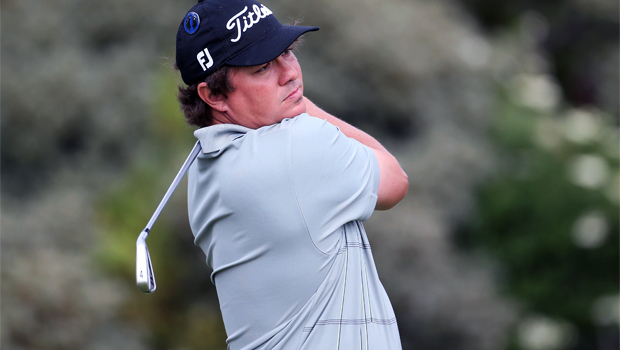 American Jason Dufner described his first major title as a “huge step in his career” after hanging on to win US PGA Championship at Oak Hill.

Dufner blew a five-shot lead over the last four holes before losing the Championship to Keegan Bradley in a play-off two years ago and there were one or two nervy moments yesterday before he hung on for victory.

The 26-year-old bogeyed the 17th and 18th but, thankfully for Dufner, so did playing partner and nearest challenger, Jim Furyk, who finished two shots back.

Dufner, who equalled the lowest score in major history when shooting a 63 in the second round, finished on 10 under par to claim his first major and banish the memory of Atlanta in 2011.

“It probably has not sunk in,” Dufner said. “I can’t believe this is happening to me. To come back from a couple of years ago when I lost in a play-off feels really really good.

“I decided that I was going to be confident and put my best foot forward and play aggressive to try to win this thing. The last two holes were a little unfortunate but I am happy to get the job done and it’s a big step in my career.”

Elsewhere, Henrik Stenson continued his impressive run of form to add third place to the runner-up position he took in the Open Championship at Muirfield last month.

Rory McIlroy made a brave defence of his title with a final round of 70 to finish in a tie for eighth place, and the Northern Irishman is now hoping for a strong end to the season.

“I saw a lot of great signs out there today,” he said. “Hopefully I can just bring that through to the next few weeks and have a strong finish to the season.”