Dubai Desert Classic: Victory the only option for Rory McIlroy 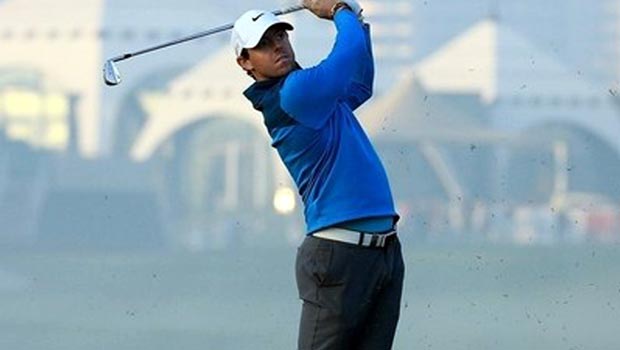 Rory McIlroy is determined to bring to an end his sequence of runner-up finishes at this week’s Dubai Desert Classic.

The Northern Irishman heads a star-studded field for the tournament in the UAE and is the favourite to come out on top at 4.30.

The world No.1 has fond memories of his previous rounds on the Majlis course, winning his first Tour title at the Emirates Golf Club in 2009 and finishing in the top ten ever since.

However, he is not the only one who enjoys playing in Dubai, with defending champion Stephen Gallacher looking to make history by winning the tournament for a third-successive time.

The Scot is 55-under par for his last three competitions on the Majlis and is likely to be the man McIlroy has to finish ahead of to get a win under his belt.

The four-time major winner has found himself as the bridesmaid, rather than the bride, more often than not recently, finishing second at the World Tour Championship, the Alfred Dunhill Championship and the Abu Dhabi Championship.

The Ryder Cup star is eager for that run of second- place finishes to come to an end this week, claiming anything other than a victory will be a let down.

“I am disappointed if I don’t win, to be honest. You’re not here to try to finish in the top five,” said McIlroy.

“I’d definitely like to break the runners-up duck the right way than the wrong way. We’ll see. But I’m comfortable on this golf course, and I have good memories here, and I seem to play the course very well.

“I’m very happy with where my game is tee to green and I put some good work in over the last week on my short game, which I felt needed a little bit of sharpening up from Abu Dhabi. I’ve got four days to try and get back on the victory trail and feels like a long time since my last win.”