Defending champion makes his move Down Under

Posted by Jason Stepford on December 1, 2018 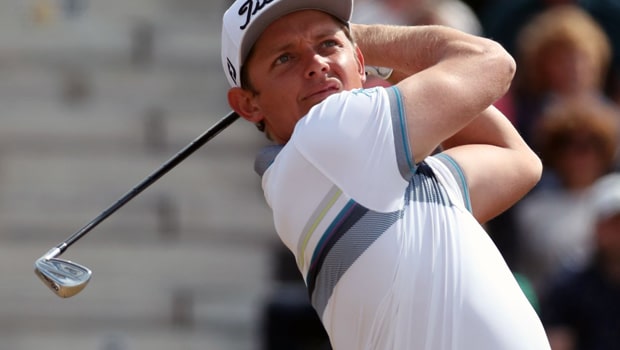 Cameron Smith produced a sensational seven-under-par 65 on day two of the Australian PGA Championship to surge to the top of the leaderboard at Royal Pines Resort.

World number 33 Smith, who is aiming to become the first player since Robert Allenby in 2001 to successfully defend the title, mixed eight birdies with just one bogey to sign for a superb round of 65.

The Australian, who has triumphed once on both the European and PGA circuit, climbed 22 places up the standings into first and he has opened up a one-shot lead heading into the weekend’s action in Queensland.

Marc Leishman, who partnered Smith in the World Cup of Golf last week, and first-round leader Jake McLeod are in a share of second on -8 – one shot off the pace – after the duo went round in 68 and 70 respectively.

Another trio of Australian players follow in fourth place on -7, with Dimitrios Papadatos, Matt Jager and Christopher Wood going round in 70, 71 and 66 respectively to move into contention.

Harold Varner III is the highest-placed American after 36 holes as he has sole possession of seventh on -6 – three strokes off the pace – whilst Englishman Andrew Johnston is just a further shot behind.

‘Beef’ shot a three-under-par 69 and he is in a five-way share of eighth on -5 alongside Paul Hayden, David Bransdon, Gaganjeet Bhullar and Anthony Quayle.