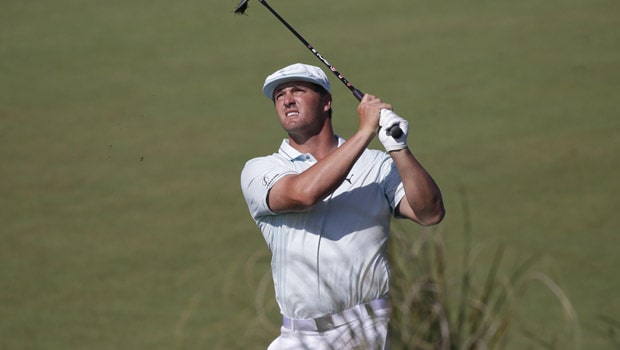 The groupings for the first two rounds of the 2021 US Open has been released and the competitors are grouped in threes as usual. Bryson DeChambeau is set to make his title defence after winning the title last year September.

The tournament had to be moved last year due to the Covid pandemic. DeChambeau is grouped with the Masters champion, Hideki Matsuyama, and amateur champion Tyler Strafaci, and they would tee off at 21:14 (BST). According to reports by Brad Faxon, eight-time PGA Tour winner, DeChambeau turned down the chance to tee off with Brooks Koepka. The relationship between the two players has turned sour recently, although DeChambeau has insisted that there was no dispute between them.

Koepka, who won the title back to back in 2017 and 2018, would open with Collin Morikawa and Justin Thomas, starting on hole 10. Irishman Rory McIlroy, who won the title in 2011, is in a group with fellow winners; world number one, Dustin Johnson, who won it in 2016, and Justin Rose, who was the 2013 winner of the title.

Phil Mickelson, who has finished the event as runner up six times, shares a group with Xander Schauffele and Max Homa. Mickelson became the oldest player to win a major after winning the PGA Championship last month. Spaniard Jon Rahm would tee off with Patrick Reed and Marc Leishman. Rahm had to pull out of the Memorial Tournament earlier this month after testing positive for the coronavirus, despite a six-shot lead after three rounds. Joaquin Niemann shares a group with Garrick Higgo and Cole Hammer. Tommy Fleetwood and Matthew Wolff would tee off together with Brian Harman. 2015 runner-up Louis Oosthuizen would tee off with Patrick Cantley and Sung Jae Im.