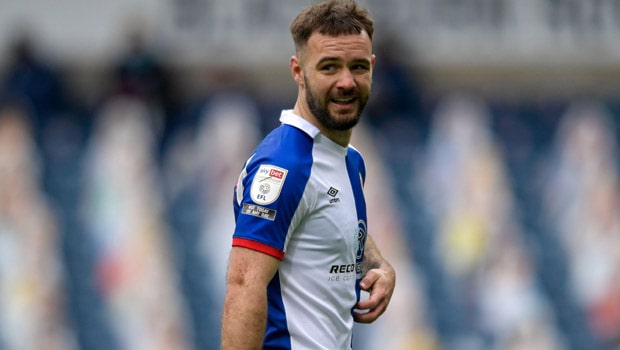 Reports are suggesting that Norwich City are setting their sights on adding Blackburn Rovers forward Adam Armstrong to their squad.

Adam Armstrong just had his best-ever scoring season in the recently concluded 2020/2021 season. He was able to find the back of the net 28 times, which was only three goals short of Golden Boot winner Ivan Toney, who had 31 goals.

The English forward is going to enter the final year of his contract at Ewood Park next season. This means that Blackburn will be willing to sell him now, so as to avoid losing their striker on a free transfer next summer window. That will not be a problem as the forward has attracted a lot of interest from multiple Premier League clubs.

Adam Armstrong started his career at his boyhood club Newcastle. He joined the club at the age of nine and progressed through the ranks. He was later loaned to Coventry City. He also had loan spells at Barnsley and Bolton Wanderers.

On 9 January 2018, Armstrong moved to Blackburn Rovers on loan until the end of the season. He was instrumental them that season, as he helped Blackburn secure promotion to the EFL Championship.

Armstrong signed for Blackburn Rovers permanently in August 2018 on a four-year deal for an undisclosed fee.

Throughout his career at Ewood Park in 2018, Armstrong has scored 64 goals in 160 appearances for the club.

His amazing career growth suggests that he will be a useful addition to the Canaries squad. However, Norwich City will face stiff competition for his signature.

The latest transfer rumours suggest that Norwich and Southampton are the two main team looking to land his signature, while Everton are also one of the clubs planning on signing in Armstrong.

Blackburn might ask for a transfer fee of around £15m for the PFA Fans’ Player of the Year.