Posted by OLADIPUPO MOJEED on November 3, 2020 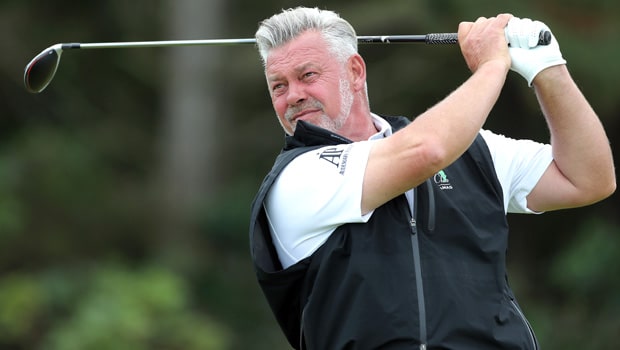 En route to winning the TimberTech Champions, the golfer recorded two-putting for birdie on the par-5 18th.

Before rolling his eagle try past the hole, Clarke’s second shot rolled moved from 18 to 30 feet.

The runners-up, Furyk, missed the opportunity to clinch the title with a 20-foot eagle try. Clarke then got the win with a 4-under 68 to record his first success in his 40th senior start.

Speaking on his victory, Clarke noted that having had a lot of opportunities in the last few years, it was great to finally win one.

The 52-year-old added that the belief in himself made him continue to work hard because he believed he could still win, and he eventually did.

This was Clarke’s first win since the 2011 British Open at Royal St. George’s as well. His finally ended his trophy drought with a 17-under 199 total at The Old Course at Broken Sound.

He had shared the lead with Robert Karlsson on Saturday with a 62 and a penalty stroke for picking up his ball on the second fairway.

Clarke recalled that he got drunk for a week after his last success but said it wouldn’t be the same this time around after closing with a 68.

Also speaking, Furyk felt he was putting well and burning a lot of edges as well, but was unable to get some putts in.

The runners-up further thought at 18, where he recorded a great putt for eagle there from about 20 feet; he didn’t even sniff the hole.

According to him, he probably missed the target as he misread the putt.

On his part, Langer, the winner of 2010 and 2019 editions with 67, was 16 under until he made bogeys on the 15th and 17th holes, which cost him the title after regaining the lead in the Charles Schwab Cup.