Posted by OLADIPUPO MOJEED on November 2, 2020 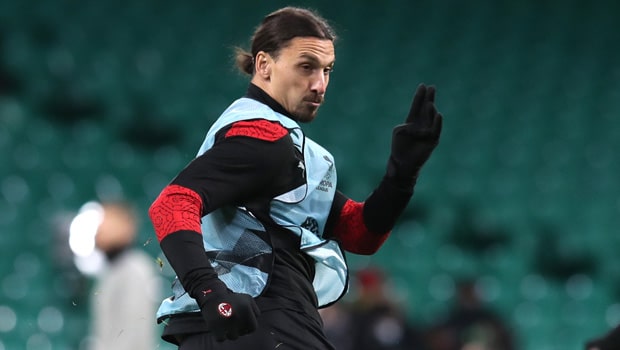 After being the match-winner again for AC Milan, 39-year-old Zlatan Ibrahimovic has said that he feels young, and he is eager to take responsibility for the Rossoneri during the hard times.

He is speaking on the back of the team’s 2-1 win at Udinese, scoring one and assisting another in the clash.

Speaking to DAZN over his performance, which was in contrast to his performance during the midweek against Sparta Prague in the Europa League, the Swede said his goal was a god one was more important was the maximum points earned.

While noting that it was a difficult match away from home, Ibrahimovic, as he is fondly called, said Stefano Pioli’s men have proved that they worked, suffered, and stick together to get the win.

He also noted that all in the team are seen working together in the right way during such challenging moments.

He added that Milan believes in something, and they all wanted the ball when there’s a chance.

Ibrahimovic made the headline for the right reason again in Udine, assisting Franck Kessie and an acrobatic winner to secure three points for Milan after the debatable Rodrigo De Paul penalty.

Despite the absence of Gianluigi Donnarumma due to COVID-19, Milan returned to winning ways on the back of a contentious 3-3 draw against Roma, as their unbeaten record remains intact.

Milan is currently on 23 unbeaten game streak across all competitions. The visitor needed just 18 minutes to take the lead through a long passing move from Ismael Bennacer, who released a pass shielded by Ibrahimovic for Franck Kessie’s rocket into the far top corner from 12 yards.

Udinese restored parity straight after the restart as Alessio Romagnoli’s challenge on Ignacio Pussetto gave Rodrigo De Paul the chance to equalize for the hosts.

Ante Rebic then made an immediate impact as his pass was intercepted by Sebastien De Maio to go straight up into the air. All Ibrahimovic needed was to react quickly with an acrobatic finish to score in his sixth Serie A match in a row – a record he set for Milan in 2012.

The Swede, who noted that Milan has one of the youngest squads in Europe, makes him feel young as they are hungry, eager, and never satisfied in a match.

The win returns Milan to the summit of the table with 16 points from 6 games.