Danny Willett on the road to recovery 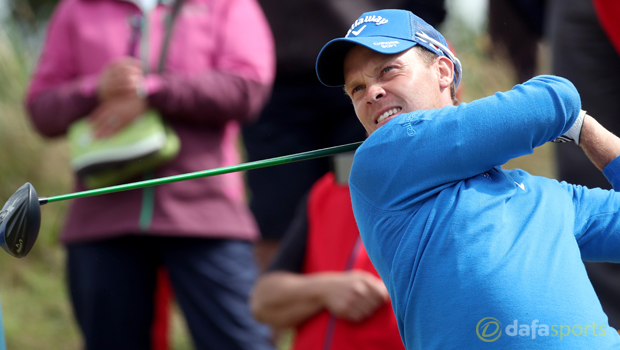 Danny Willett is confident he will be ready to mount a serious challenge at The Open this week as he continues to recover from illness.

The Yorkshireman has struggled to maintain his momentum after earning his maiden major title in April at The Masters, and has recorded just one top-20 finish since putting on the Green Jacket.

His preparations for this week’s event have not been helped by a bout of illness, but the 28-year-old is confident he is heading in the right direction after playing 11 holes on Monday.

Willett has been drawn to play alongside Jason Day and Rickie Fowler in one of the marquee groupings for the opening two days at Royal Troon and will be keen to see how he fares against two of the game’s top names.

Day is currently the 8.00 favourite for the Claret Jug, while Fowler, who is still to break his major duck, is 29.00. Home favourite Willett is a 51.00 shot but, having finished in a tie for sixth 12 months ago at St Andrews, will again be hoping to thrive on the links.

Following his recent illness, the Masters champion is confident the worst is behind him and is now focused on ensuring he is back in shape for Thursday morning, when the action begins.

“I was a bit sick last week but I am getting round the back of that and went out and played a few holes today,” Willett told Sky Sports. “We’re getting there but I was pretty bad for a couple of days.

I’m just getting back on top of everything really, getting the fluids back in and hopefully getting back to full fitness by Thursday.

“We’ve got another two days to get a plan together for the golf course and then play our own game.”