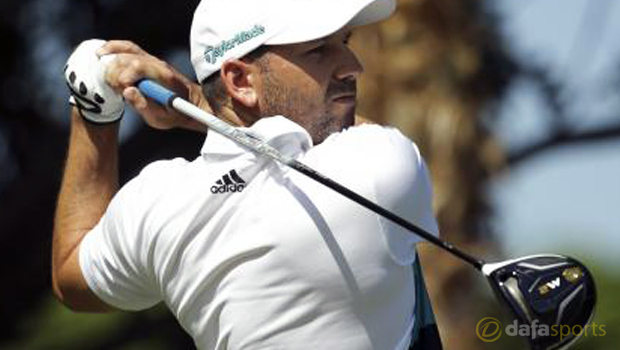 Sergio Garcia helped himself to a five-under par opening round of 65 at the Honda Classic before admitting he came into the tournament with little confidence in his swing.

The Spaniard missed the cut in the Northern Trust Open at Riviera last week and says he basically put his clubs away for four days afterwards.

Garcia said he was not feeling comfortable in any facet of his game coming to PGA National this week but he put his success down to playing a tough ten holes during the Pro-Am in high winds.

The Ryder Cup star shot an eagle and three birdies on his front nine with just a solitary bogey to make halfway in four-under par.

He had to wait until the final hole for his next shot gained but that was enough to see him share the overnight lead with Michael Thompson.

Seeking his ninth career victory on the PGA Tour and a first since the 2012 Wyndham Championship, Garcia was pleased – if a little surprised – to make a promising start.

“I didn’t come in with a lot of confidence,” Garcia told the PGA Tour website.

“I felt like I didn’t feel comfortable with the swing. I didn’t know what was going on, and was trying different things. But nothing was really making me feel that comfortable.

“But, you know, I took it quite easy. I didn’t really touch any clubs for four days, and got here and played Wednesday, or managed to play 10 holes in the pro-am…the 10 holes I played on high winds, too. So I guess that helped.”

Garcia and Thompson are one shot clear of William McGirt and Rickie Fowler on four-under par with Shane Lowry and Jimmy Walker amongst a group of five players on three-under par.

Rory McIlroy’s Riviera hangover saw him shoot a two-over par opening round leaving him with work to do just to make the cut in the Honda Classic.

Garcia is 8.00 to win at PGA National this week while Fowler is 4.00 after his bright beginning.