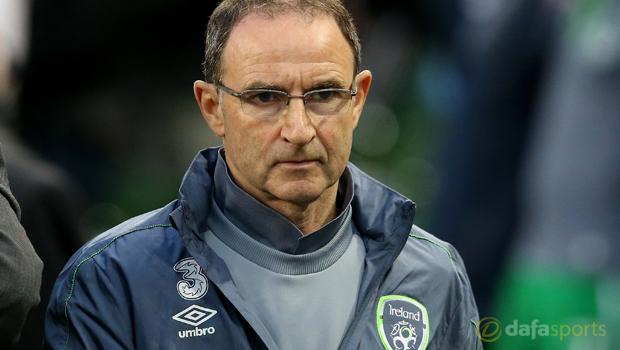 Republic of Ireland manager Martin O’Neill says his Euro 2016 squad is not a closed-shop at this stage.

O’Neill says there may still be room for players that have not played a big part – or any part – during the qualifying campaign to force their way into the reckoning for a trip for France in June.

The Irish boss feels the pre-tournament friendlies against Switzerland and Slovakia in March could still offer him a chance to look at fresh faces.

“There are absolutely places up for grabs,” he said. “I’m getting to a stage now where I’m trying to prepare mentally and physically for players getting right for France.”

The likes of Harry Arter and Chris Forrester have been touted for call-ups while Brighton’s January signing Richie Towell has also had his name mentioned.

Commenting specifically on Towell, O’Neill said it is not impossible for someone like him to make a late push for a Euro 2016 spot.

“Maybe his breakthrough time is around the corner,” asserted O’Neill. “In fact, I wouldn’t rule someone of that ilk out at this minute.

“In fact, there’s a possibility that for one of the two games, I would bring someone like that into the squad, at least to have them around and maybe even participate in one of the games.”

Ireland face Sweden, Belgium and Italy at Euro 2016 in June but O’Neill is also mindful of the need to blood some new faces with 2018 World Cup qualifying campaign starting in Serbia in September.

“You’d be looking to bring a couple of younger players in so that in September time you’d have some players ready – I mean they won’t have that experience – but ready to go and play international football and try to get a result immediately,” added the Irish boss.