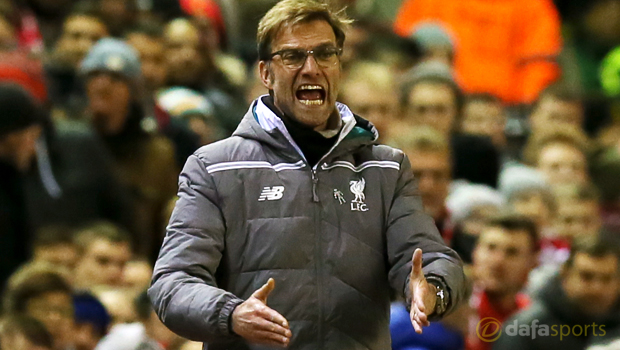 Jurgen Klopp said Liverpool had made life extremely tough on themselves against Augsburg by failing to be ruthless in front of goal.

The Reds progressed into the Europa League last-16 courtesy of James Milner’s early penalty Anfield, the only goal scored across the 180 minutes of the tie against the Bundesliga side.

Liverpool dominated the second leg for 70 minutes but wastefulness in front of goal combined with a string of decent saves from goalkeeper Marwin Hitz meant the Germans stayed in the hunt.

Despite looking limited, Augsburg came into the contest late on and Liverpool were left hanging on for victory, a late free-kick going narrowly wide of Simon Mignolet’s upright.

Klopp said he was happy to make progress but he wished that his side had given themselves less heartache in doing so.

“If you can’t decide the game early enough that is how it is,” Klopp said. “After 70 minutes we were that good that we couldn’t see their plan and the free-kick was the biggest challenge up front for us.

“It was absolutely deserved. We were the better team, we created chances but we had one problem in that we didn’t use them.”

Klopp said the missed chances in the second leg invited Augsburg to make it a nervy ending for Liverpool.

“We couldn’t control the game in the last 20 minutes and it was hard, that is how it should be, but we are in the next round,” he added.

Next up for Liverpool is the Capital One Cup Final against Manchester City at Wembley on Sunday.

Having taken both Daniel Sturridge and Phillipe Coutinho off against Augsburg, the Reds boss allayed any fears they could miss out.

“It is important, this is what every player will tell you, that you need to know you can carry on in a situation when it is harder,” Klopp said.

“They [Sturridge and Coutinho] are very important for us but we need them in their best shape and you can only get this from training and matches.”