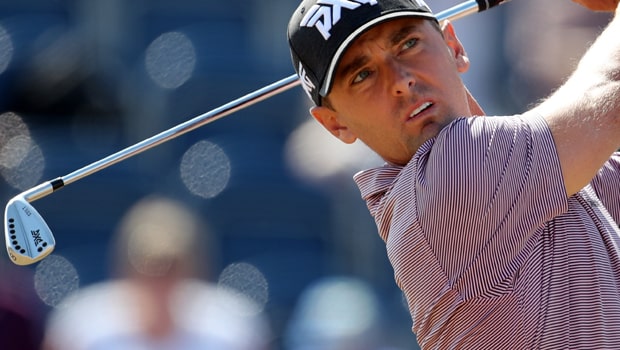 Charles Howell III believes patience is key after he earned a two-shot lead at the RSM Classic.

The American, with only two PGA Tour victories in more than 500 starts, has a habit of playing well early in the season and is well-versed on St. Simons Island, home to Sea Island’s Plantation and Seaside courses for this week’s event.

Howell grew up just three hours away in Augusta and has been traveling to the area since he was a child, while he also owned a house on the island in the past.

It was cold and windy during the first round of The RSM Classic and Howell was able to take advantage of the best of the conditions as he shot an eight-under par 64 playing the Plantation Course, the more protected of the two tracks in play this week.

He hit every fairway and every green in regulation for the first time in his career and was delighted with his one-shot-at-a-time approach paying dividends.

“It’s hard to get too far ahead of yourself because of the difficulty of every shot coming.”

Howell has three previous top-10s at The RSM Classic and has already posted a tied-fifth at the CIMB Classic this season. He admits that the short off-season has suited him well again.

JJ Spaun and Austin Cook share second spot on six-under par while Aaron Baddeley, Davis Love III and Chase Wright are a stroke further back on five-under par with a group of nine players then on four-under after round one.