All Blacks coach has Irish admiration 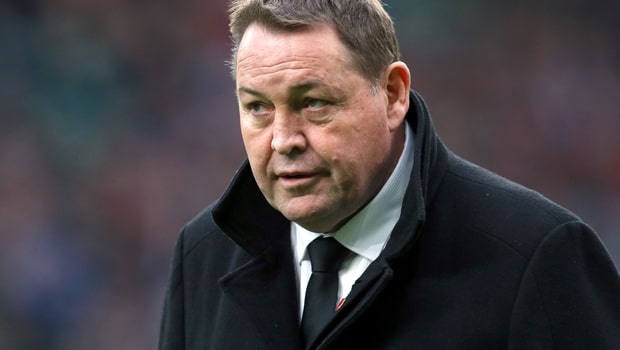 Steve Hansen expects a “trick or two” from opposite number Joe Schmidt when his New Zealand side face Ireland in Dublin on Saturday.

The teams are ranked first and second in the world ahead of their Autumn International and the Kiwi bosses are set to lock horns amid speculation that the current Ireland coach may succeed Hansen once he steps aside after next year’s World Cup in Japan.

Hansen is ready for a serious examination and says there is little choice but to “admire” what Schmidt has built with the Six Nations champions.

“When they don’t get what they want with that they’ll take to the air and they’ve got a good kicking game. You’ve got to admire all of that, it’s winning and they’ll punish you.

“They’ll find a weakness. He’s pretty good, Joe, at finding a trick or two, so we’ll be expecting one or two coming our way on Saturday.”

After coming from 0-15 down to defeat England 16-15 at Twickenham last Saturday, Hansen has every faith in his world champions to get the right result in Dublin against a talented Irish team.

“You’ve got to be confident when you’ve had the success that this team has had,” he said.

“You have got to keep your self-belief, they’re very good at finding a way when things are not going the way they want them to go.”

New Zealand are 1.40 to beat Ireland at the Aviva Stadium. The host are 3.25 to get their first win over the All Blacks in Dublin.