Posted by Vincent Henderson on November 16, 2018 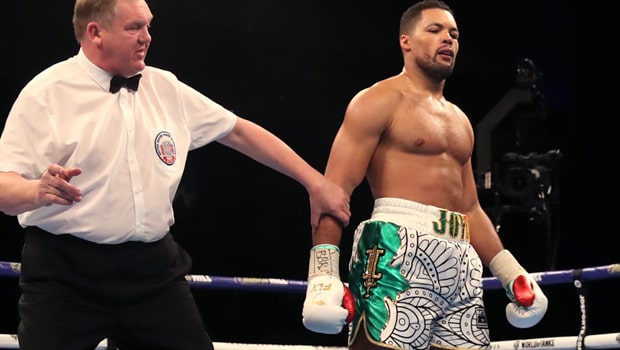 Unbeaten British heavyweight Joe Joyce admits he cannot wait to take on Hughie Fury after the British Boxing Board of Control ordered the heavyweight bout.

The pair are set to fight for the British title in 2019, with Fury now ordered to defend his strap once he returns.

The Manchester fighter is still recovering after his points defeat to Kubrat Pulev in Bulgaria last month.

Fury lost in a final eliminator for the IBF title, with the Pulev now set to take on Anthony Joshua at some point in 2019.

Fury may give up and focus his attention away from the domestic scene but Joyce insists he is looking forward to the occasion.

Joyce has currently been working as a sparring partner with Hughie’s cousin Tyson ahead of his fight against Deontay Wilder on December 1.

When asked about the all-British clash, Joyce told Sky Sports: “Listen, I respect Hughie, I consider him and [his father] Peter a friend to me, but this is a business.

“I am top 10 in the WBA, but I think this is a fight the fans would want to see, and I am happy to challenge Hughie for the title and give the fans an exciting fight.”

Joyce has already won the Commonwealth title and he will be looking for his seventh straight victory when the takes on Joe Hanks on the Wilder undercard.