Career-low round for Marc Leishman 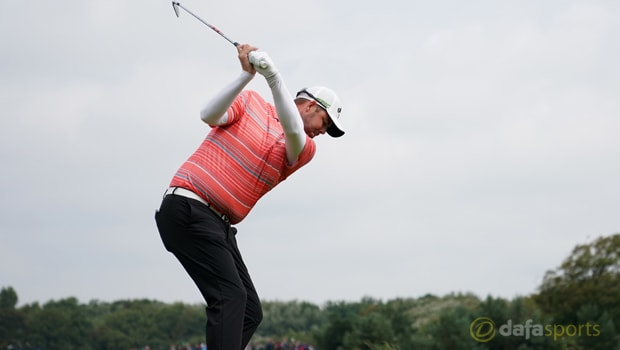 Marc Leishman fired an opening 61 at the AT&T Byron Nelson Championship, the lowest round of his professional career, to take a three-shot lead at Trinity Forest in Dallas.

The Australian carded his lowest 18-hole tally in 797 career rounds on the PGA Tour and afterwards admitted he wasn’t even sure he’d like the golf course.

The Byron Nelson has moved to a new home at Trinity Forest this year and Leishman had quite an affinity with its former location. In nine starts at TPC Four Seasons Las Colinas, he posted six top-15 finishes, including a couple of third-place ties.

Compatriots Jason Day, Adam Scott and Steven Bowditch were all winners of the Byron Nelson over the last decade, so Leishman can be forgiven for waving a solemn goodbye to that course.

Like so many Australian golfers, Leishman has developed a reputation for playing his best golf in the wind, so Texas suits his game well.

He didn’t take long in settling in at Trinity Forest. He hit all 14 fairways, 17 of 18 greens in regulation and made two eagles in his first round. It was a bogey-free card and left Leishman on 10-under par and three strokes clear of the chasers.

“I would’ve been this place’s harshest critic just because I love that other place at Las Colinas,” Leishman said.

“But I got here and looked out past the clubhouse and thought, ‘This is going to be really good.’ “I enjoyed it today.”

Leishman’s previous benchmark on the PGA Tour was a 62 but, he admits, the 64 he shot in the third round of the 2015 Open Championship still stands tall as his best round of golf.

“That wasn’t a lower score, but it was a better round under the circumstances,” he said.”But 61 – I’ll take that any day.”

Leishman is 3.00 favourite to win the Byron Nelson after his first-round gains while in-form American Jimmy Walker is 8.50 following a seven-under par opening round that leaves him sharing second spot.