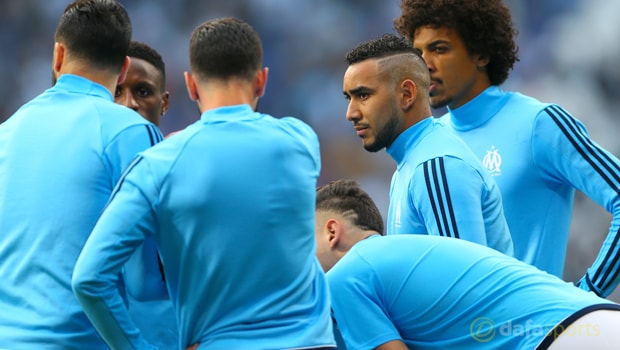 France head coach Didier Deschamps says Dimitri Payet was in with a great chance of making his 23-man squad for the 2018 World Cup before he picked up an injury on Wednesday night.

Marseille midfielder Payet, who made the switch to the Stade Velodrome last year from West Ham United, started the Europa League final against Atletico Madrid but he was forced off the field in the 32nd minute after crumpling to the floor.

The 31-year-old was visibly distraught after being helped off the pitch and there were immediate doubts over his World Cup spot as Deschamps was set to announce his squad on Thursday.

Unfortunately for the Frenchman, he was left out of Deschamps’ 23 and the head coach revealed the concern about Payet’s fitness heading into the tournament in Russia was too great.

“He was a serious candidate for a place in the 23 but for this kind of injury, it’s usually three weeks of recovery,” he was quoted as saying by Sky Sports.

“And there is a risk of hurting yourself again with this kind of injury and I must give my final list to FIFA on June 4.”

Manchester United forward Anthony Martial also missed out on a place in the squad although he is on the standby list, alongside Arsenal’s Alexandre Lacazette, Crystal Palace’s Mamadou Sakho, Tottenham’s Moussa Sissoko and Chelsea’s Kurt Zouma.

Payet’s club team-mate Florian Thauvin, who has scored 22 Ligue 1 goals this season, has been included and he is one of seven forward options in the squad.

France, who are 7.50 to win the World Cup, have been drawn in Group C alongside Australia, Peru and Denmark and Les Bleus are firm 1.30 favourites to top the pool.