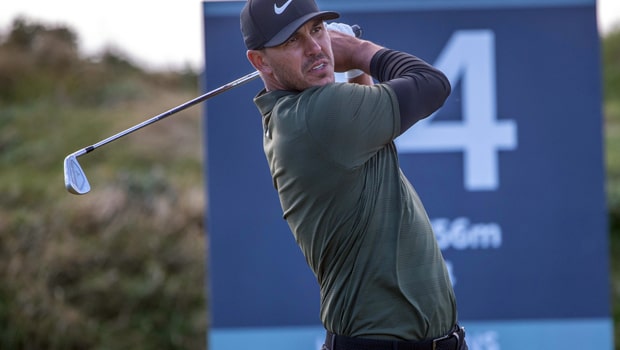 Brooks Koepka described his fourth major win in less than two years as his “most satisfying” to date after surviving a late scare to land the USPGA Championship in New York.

The American star carried a seven-shot lead into the final round after dominating from the start at Bethpage Black but a run of four straight bogeys on his back nine saw the lead briefly trimmed to a single stroke.

World number one Dustin Johnson got within striking distance only to card successive bogeys of his own as Koepka fell over the line.

He’s the first player to successfully defend the Wanamaker Trophy since Tiger Woods and the first golfer in history to win successive US Open and USPGA titles in two straight years.

Having scrambled a closing par to win by two shots from Johnson, he was elated.

“But this is definitely the most satisfying out of all of them for how stressful that round was, and how stressful DJ made that. I know for a fact, that was the most excited I’ve ever been in my life ever there on 18.

“You’ve just got to hang tough, and it’s been so enjoyable. It was nice to finish on 18, and I’m just glad we didn’t have to play any more holes, that’s for sure.”

Holding a significant lead, Koepka was on the end of some boisterous cat-calls from the New York crowd, with suggestions of a ‘choke’ loudly heard at times. He admits it was tough but also suggested it helped push him over the winning line in the end.

“The hour or so from the 11th to the 14th was interesting. When they started chanting ‘DJ, DJ’ on 14, it actually kind of helped, to be honest with you,” he added.

Koepka is favourite at 7.50 to win a third straight US Open next month at Pebble Beach, while Johnson can be backed at 9.00.