Zidane ready to cast Bale aside 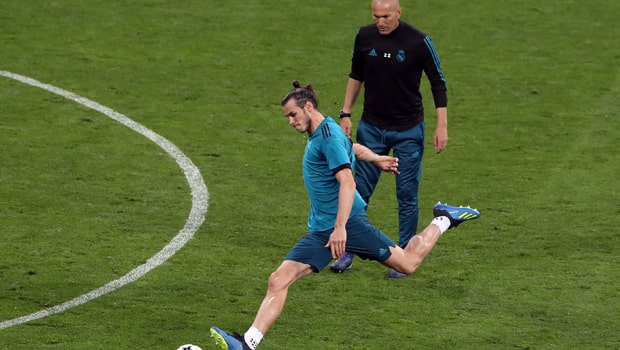 The manager’s comments came in the wake of a 2-0 home loss against Real Betis in Madrid, as Real were booed off the field following their final La Liga game of the season.

Bale was left on the bench for the duration as Loren Moron and Jese scored second-half goals in a 2-0 win for the visitors at the Bernabeu.

The 29-year-old has struggled to hold down a starting place in the Real side since Zidane returned in March and the manager has consistently refused to offer assurances that the Welsh ace has a future in his squad.

Reports now suggest the capital club are willing to allow Bale depart this summer on a free transfer, with a return to the Premier League possible.

Marco Asensio, Isco and Lucas Vasquez were all sent on from the bench in the second half, while Bale stayed seated. Tellingly, Zidane suggested afterwards that he wouldn’t have used Bale even if he had a fourth change to make.

Asked about Bale leaving the Bernabeu after the defeat to Betis, Zidane said: “I don’t know if it’s the last game or not. I don’t know what’s going to happen.

“I’m sorry he didn’t get to play, but no-one knows what will happen. If I think a player doesn’t fit in the team I have to do what I think works best.

“No-one can change what Bale has done for the team, but as a coach I have to live in the present. I have counted on other players more in recent weeks, and if I had a fourth substitute today I would not have brought him on.

“I make these decisions when it is right to do so, and I must act in the best interests of the team at all times.”

Bale’s former side Spurs are 3.80 to win the Champions League final against Liverpool in Madrid on June 1. The Reds are favourites at 2.00 while the draw is 3.40.