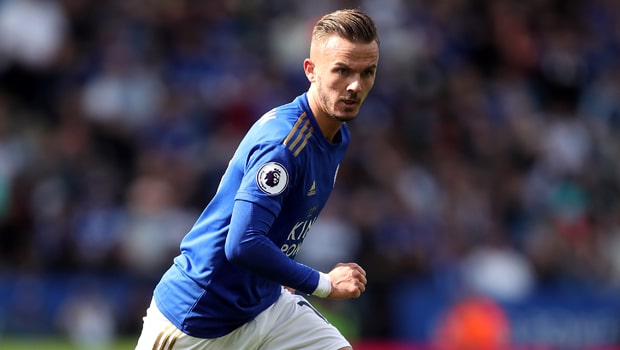 James Maddison classes his first season as a Premier League playmaker as a resounding success.

Maddison says he has enjoyed his integration into the Foxes set up after an impressive first season in the top tier of English football, with special praise reserved for the final few months under manager Brendan Rodgers.

The England Under-21s international played a hand in a total of 14 goals in 2018/19, scoring seven times and laying on seven more for this team-mates.

Leicester more than held their own against some of the Premier League’s elite clubs since Rodgers took control and the performances left Maddison pleased.

“Since the gaffer (Brendan Rodgers) has come in, we’ve been brilliant at times. Especially the last three games, we look at those and people write us off and think we’re not going to get any points,” he said.

“We beat Arsenal, we drew with Chelsea and we could’ve got something at Manchester City, but it’s been a brilliant season and one I thoroughly enjoyed.

It’s been a brilliant season with the lads, to integrate into the group and the fans have been fantastic.”

Maddison will recall the season fondly and paid tribute the Leicester supporters for their backing, even through the most tragic of times when former Foxes owner Vichai Srivaddhanaprabha lost his life with four others in a helicopter crash.

“It’s a season I’ll look back on with fond memories, obviously my first in the Premier League and one I thoroughly enjoyed,” he added.

“To repay [the fans] for their support has been fantastic,” added Maddison.

“Obviously, we’ve had some highs this year and some extremely sad lows as well. They’ve been there through the thick and thin and throughout the whole time.”