Brooks Koepka confident ahead of comeback 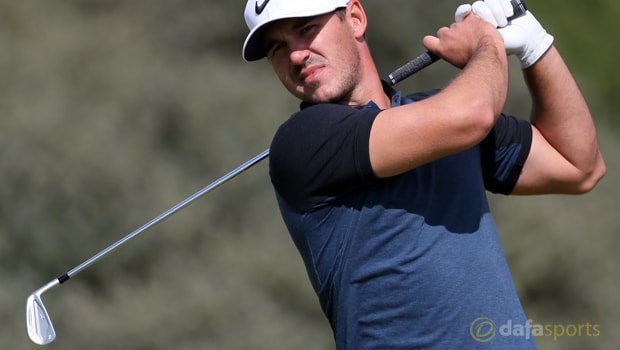 Brooks Koepka says he is feeling positive as he prepares to make a return to competitive action for the first time since January at the Zurich Classic of New Orleans on Thursday.

The PGA Tour event, which changed to a team format in 2017, will see 80 pairs challenging for the title, with the winners earning 400 FedEx Cup points and two-year exemptions.

Foursomes will be the format used for the first and third rounds while fourball better-ball is incorporated for the second and fourth rounds.

The cut line is 35 teams, plus ties. Koepka, who has been partnered with fellow American Marc Turnesa, will be making his first appearance in 15 weeks, having spent a spell on the sidelines with a wrist injury.

The 27-year-old, who broke his major duck at the 2017 US Open, was troubled by the injury so much that he was in a soft cast for two months and did not touch a club for 91 days.

Many believe this tournament is nothing more than a tune-up for the Florida-born star but he insists everything is good fitness-wise and he will be going all out for the win.

“I know where I’m at. I’m already back,” Koepka was quoted as saying by ESPN.

Koepka and 40-year-old Turnesa, whose only PGA Tour victory came at the 2008 Justin Timberlake Shriners Hospitals for Children Open, are 81.00 to triumph in Louisiana.

England’s Justin Rose and Swede Henrik Stenson, who have become a fearsome pair for Europe in previous Ryder Cups, are the 8.50 favourites, just ahead of American duo Justin Thomas and Bud Cauley at 11.00.