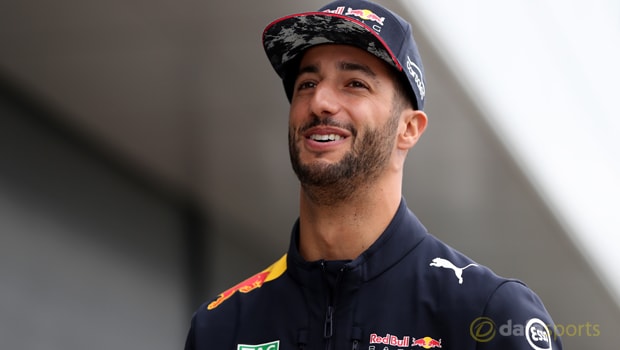 Daniel Ricciardo has been set an August deadline by Red Bull to sign a new contract, with team principal Christian Horner saying the team cannot wait for the Australian forever.

Ricciardo’s current deal expires at the end of the season and, despite fresh terms being put on the table, he is yet to commit his future to the team beyond 2018.

The Aussie triumphed in China last time out, a victory that has lifted him to fourth in the Drivers’ Championship, but that win has not been enough to convince him to pen a new contract.

He said the success at the Shanghai International Circuit was not enough just yet and the 28-year-old needs to see more from the car before deciding where he will race next season.

Mercedes and Ferrari are said to be keeping an eye on the Perth-born star and, if he was to become available, they are expected to go all out to sign him for the 2019 campaign.

Ricciardo, although appearing to be in a strong position, has been set a deadline to come to a decision, with Horner unwilling to wait too much longer.

“There should be a decision by the summer break at the latest,” Red Bull’s team principal told Auto Motor und Sport.

“We do not want to wait forever. Our priority is to continue working with Daniel.

“If that does not work, we’ll go for the other options. The most obvious is Carlos Sainz. He is under contract with us. And then there are a few young drivers.”

Next up is the Azerbaijan Grand Prix on Sunday and Ricciardo is 9.50 to make it back-to-back wins while Mercedes ace Lewis Hamilton is the 2.15 favourite to bounce back to form.