Brandt Snedeker one clear in Canada 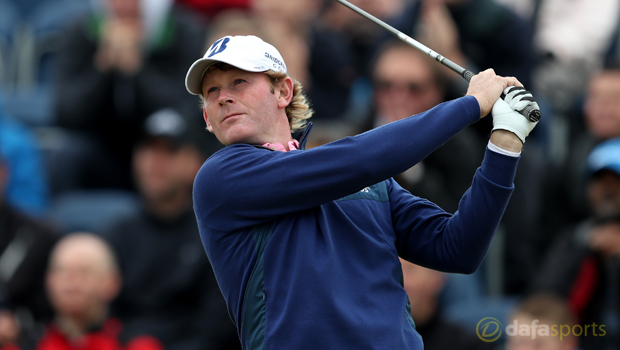 Brandt Snedeker carded an eagle at the last to claim a one-shot lead heading into the final round of the Canadian Open.

The 35-year-old fired six birdies and two bogeys before picking up two shots on the 18th to eventually sign for a 66 at Glen Abbey GC.

His tally of nine-under is enough to give him a one-stroke advantage over Jared du Toit and Dustin Johnson, who recorded rounds of 70 and 71 respectively on Saturday.

Steve Wheatcroft and Alex Cejka are tied for fourth two off the pace, while Scotland’s Martin Laird is part of a six-man group three adrift.

Snedeker won this event in 2013 and will be hoping for a repeat on Sunday, although he knows he will tee it up with the will of the host nation against him.

His playing partner for the final round Du Toit is hoping to become the first home winner of the Canadian Open since 1954 and the first amateur to win on the PGA Tour in 25 years.

It is Snedeker who leads in Toronto though and with plenty to play for over the next few months, the world number 23 admits winning this weekend could set him up nicely for future success.

“This gives me a lot of confidence going into the PGA Championship, FedExCup Playoffs, and helps me secure a Ryder Cup spot,” he said.

“There’s a lot on the line tomorrow, and I know what it entails and I need to go out and play well to secure that.”