Title the target for Jose Mourinho 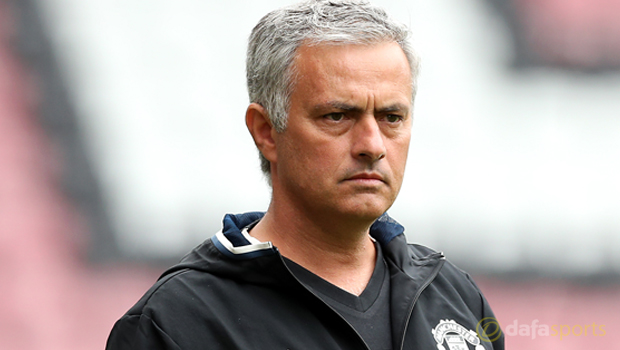 Jose Mourinho says his primary goal for his first season in charge of Manchester United is to win the Premier League title.

The Portuguese coach is the latest man to try and successfully fill the shoes of Sir Alex Ferguson and comes with remarkable pedigree, having won domestic crowns in Portugal, England, Italy and Spain, as well as two Champions League trophies.

However, his dramatic exit from Chelsea last December has again raised questions over his ability to form relationships with his players.

Despite that episode he remains as bullish as ever and has been busy adding to his squad, with Eric Bailly, Henrikh Mkhitaryan and Zlatan Ibrahimovic all already arriving at Old Trafford, while Paul Pogba is also being tipped to return.

United have finished in the top four just once since Ferguson retired in 2013 but Mourinho is not letting past failures affect his mood.

Although he concedes his goals may change as the season progresses, the 53-year-old says his primary target for the new campaign is to win the title. “I want to be champion,” Mourinho said in The Sun on Sunday.

We want to play to be champions. “If during the season we realise the points difference doesn’t allow us to fight for the title, we are going to establish a new title, and when you can’t be champion the next target is to finish top four.

“But day one, I don’t want to hide behind a bad season or no Champions League football to say we want to finish top four.”

United are currently priced at 4.50 to win the Premier League, while they are 1.40 to finish in the top four.