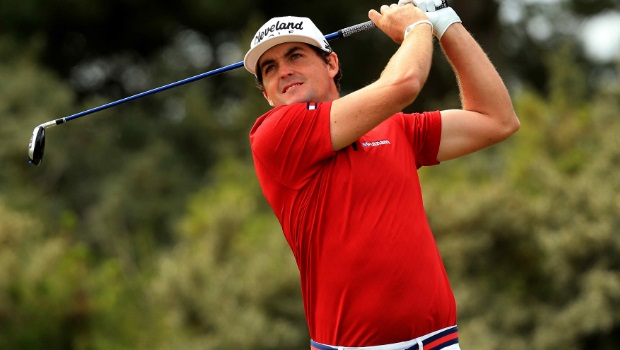 Keegan Bradley leads the CIMB Classic in Malaysia by four shots after carding a six-under-par 66 in Friday’s second round.

The former USPGA champion moved to 13 under par at the Kuala Lumpur Golf and Country Club after picking up seven birdies and one bogey.

Overnight leader Ryan Moore carded a 72 to add to his opening round of 63 and remains the closest challenger to Bradley at the halfway point.

Bradley started on the 10th playing some steady golf on his opening nine to reach the turn on 35. The American kicked into gear on the back nine though picking up birdies on the second, third, fifth, sixth and seventh.

Bradley is delighted with his form and says hitting it long and straight will be crucial over the next two rounds.

“Driving distance is a big advantage, but I’m also hitting the ball super straight,” Bradley told reporters after his round. “It’s hard to remember a time where I’ve been more dialled in than these last two days.

“These last two days were a couple of the best days I’ve had since I’ve been out here. I’m really in control of my ball and putting well.

Kiradech Aphibarnrat of Thailand and American Chris Stroud are a shot further behind Moore on eight under, while Spain’s Sergio Garcia and Australian Marc Leishman sit on

seven under and well in contention.