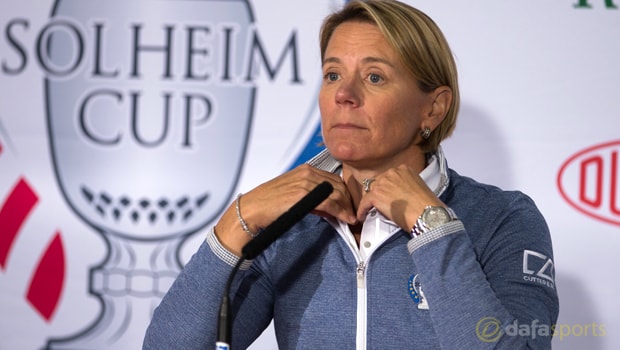 Annika Sorenstam has allowed her European players to pick their own partnerships for the Solheim Cup in Iowa this week in an attempt to boost their chances of success.

The Swede feels that ‘happy players’ will produce better golf and, for that reason, has taken the wishes of her stars on board in deciding on her pairings for the opening two days against the United States.

Sorenstam analysed various statistics when she and her backroom team were deciding on the four captain’s picks, but the pairings have been much less scientific, she says.

“I do like numbers, but I think I was using the numbers more to pick the team,” said Sorenstam.

“Now we’re going with feel, and I can tell you that the pairings, they are 99 per cent the players’ choices.

I want them to be happy, and if you have happy players, there’s hopefully good golf.”

The European captain is also confident that Anna Nordqvist, the highest-ranked player in Europe’s line-up, will be ready to do herself justice this week.

Nordqvist is recovering from a bout of glandular fever but was able to get through 72 holes at the Ricoh Women’s British Open, finishing in the top seven. Her captain says she is ready to go.

Asked if Nordqvist could play two matches in a day, Sorenstam said: “I feel pretty confident about that and so does she.

Obviously we’ve spoken every day, and she’s been part of the pairings in the sense of what she needs.”