Simon Mignolet: Reds can only play one way 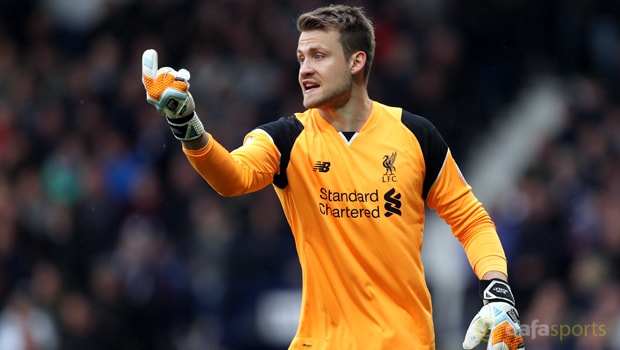 Goalkeeper Simon Mignolet says Liverpool can ‘only play one way’ under Jurgen Klopp.

The Anfield side has already come in for criticism this season having conceded three goals at Watford in their Premier League opener, including a stoppage time leveller that denied them three points.

Once more in their Champions League playoff first leg against Hoffenheim in Germany, Liverpool let a late goal slip in.

Mark Uth’s 87th-minute strike gave the Bundesliga side hope of overturning a 2-1 deficit in next week’s second leg at Anfield.

Mignolet meanwhile saved a first-half penalty at the Rhein-Neckar-Arena as Liverpool’s defence came under scrutiny once more.

The shot-stopper says Klopp’s high pressing strategy means Liverpool are limited in their approach. “We can only play one way and that is forward,” he said.

“We scored two goals away from home and if we score one at Anfield it will be very difficult for them.

“We knew that we can always score. We have so much style up front.”

Mignolet says Klopp is right to harbour the attacking talent that exists within his squad, though he knows well that they must work harder to stop conceding easy goals at the other end too.

“You cannot change a natural footballing side that goes forward but we know we have to mix that in with a good defensive, aggressive spirit to make sure they don’t score the goals,” he added.

“But we know we have so much talent in the squad that we have to use it.”

Liverpool are 1.36 to beat Crystal Palace in the Premier League on Saturday while they are 2.00 to keep a clean sheet at Anfield.