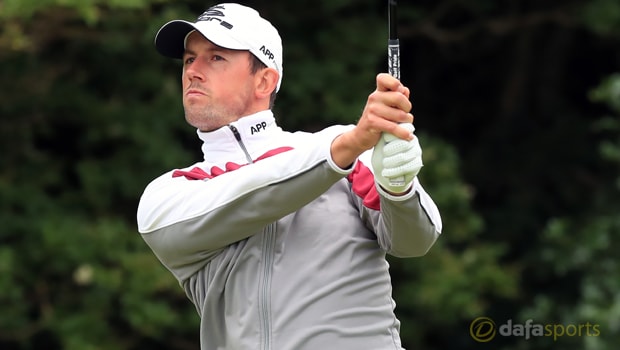 World number 73 Alexander Bjork says he is “really happy” and “really proud” after breaking his European Tour duck at the Volvo China Open on Sunday.

Bjork, who turned professional back in 2009, went in the final round at Topwin Golf & CC one stroke off the lead and, on a day full of twists and turns, he managed to hold his nerve to come out victorious.

The Swede, who was one of several players in with a shout of lifting the trophy, made seven birdies in a bogey-free round of 65 to win the tournament on -18, one shot ahead of Spanish runner-up Adrian Otaegui.

Not only has the 27-year-old won his maiden European Tour crown but that victory has moved him to 73rd in the world rankings, a jump of 39 places up the standings, whilst also improving his 2018 Ryder Cup standing.

The Vaxjo-born star now sits 15th in the European Points List and his success in China will not have gone unnoticed by captain Thomas Bjorn, who will have four wildcard pick for the event at Le Golf National this year.

Bjork, who will be aiming to be part of that 12-man team, expressed his delight after triumphing in China and admits the final 18 holes couldn’t have gone much smoother.

“It’s tough to describe the emotions,” he was quoted as saying by the European Tour.

“I’m really happy and really proud of myself the way I played today, it’s probably one of the best rounds of golf I ever played, the best round in the situation.

“I made pretty much no mistakes today, I’m super happy. I’ve been striking the ball so well off the tee and also into the greens all week. It’s been so solid, it’s easy to play a round when the swing is there.”