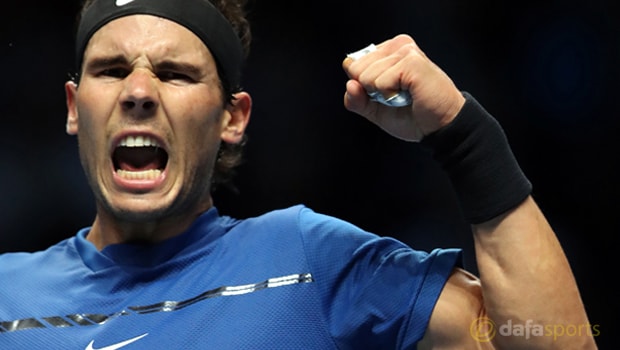 Rafael Nadal says he doesn’t have the same fear factor from previous years and revealed the only way to earn more respect from his rivals is to keep on producing impressive performances on the court.

Nadal, who appeared to be slipping away from the top level of the game due to injury, has been in sensational form for over a year now and he is currently ranked number one in the world.

The Spaniard, who won six titles in 2017, including the French Open for a record 10th time, has maintained that form in 2018 and he grabbed his second trophy of the year on Sunday.

Going up against Stefanos Tsitsipas in the Barcelona Open final, the 31-year-old crushed his opponent 6-2 6-1 to win the event for the 11th time, adding to his recent triumph at the Monte-Carlo Masters.

With the French Open at Roland Garros just around the corner, Nadal is looking in superb shape to defend his crown and an 11th title on the clay-court Grand Slam is a strong possibility.

However, the Manacor-born star believes any sort of intimidating feel he may have had in previous years has now faded away and insists turning out good displays is the only way to earn respect on tour.

“I don’t think opponents are afraid of me. In 2015 there wasn’t any fear scenario and I had won eight or nine times here and at the Roland Garros,” he was quoted as saying by tennisworldusa.org.

“What makes you win is to play well, which makes opponent have more respect. It has a close deadline. My goal is to continue at this level.”

A strong line-up is expected for the second Grand Slam of the season but Swiss Roger Federer, the reigning Australian Open and Wimbledon champion, will not be competing after he opted to miss the entire clay-court season for the second year running.