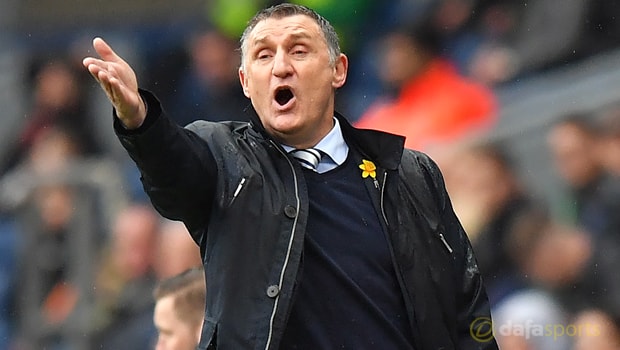 Tony Mowbray is confident his Blackburn side can continue to pick up positive results in the closing stages of the season as they look to hold on for automatic promotion.

The Lancashire outfit look set to secure an immediate return to the Championship despite initially struggling to get to grips with the demands of League One.

Blackburn, who are priced at 4.33 to win League One, lost their opening two games of the campaign – against Southend and Doncaster – but Mowbray readjusted their tactics to make them tougher to break down.

They continued to struggle for consistency through September and October but eventually started to find some momentum and now find themselves sitting second, having lost just one of their last 31 league outings.

Wigan currently sit top of the division on goal difference from Blackburn while Shrewsbury are third and trailing by five points although both clubs either side of Rovers have a game in hand.

Mowbray’s men were denied all three points on Saturday when Bristol City netted an injury-time equaliser but the 54-year-old believes they can get over the line, with just four games left to play.

“There haven’t been many setbacks, the last being against Plymouth after an 18-match unbeaten run,” Mowbray said.

“The team have shown fantastic resilience and great quality over a long period of time and there’s no reason to question that going into the last three weeks of the season.

“We will be going into them fine. We don’t fear anyone, at Ewood or on the road. There are some good teams in this league, at home they can make it difficult for you, as Wigan found (against Rotherham), sitting behind the ball and playing on the counter.

“The games are all difficult until you make them not difficult by scoring goals.”