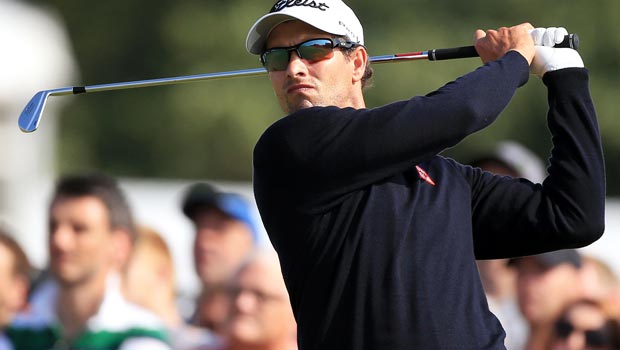 Adam Scott fell short in his bid to win a third consecutive Australian Masters title as he was beaten to top spot by Nick Cullen on Sunday.

Scott has shown his class in past performances in the tournament, but he never managed to recover from a disappointing first round.

The world number two eventually finished in a share of second on eight under for the tournament, with Cullen clinching the title by just one shot.

In his final round, Scott dropped two shots as well as picking up six birdies and he signed off with a 68. Cullen managed to keep his cool with the pressure on, scoring a three-under-par 69 on the final day at the Metropolitan Golf Club.

Cullen’s win was helped by an eagle at the fourth but he added further birdies at 11 and 12 to give Scott a mountain to climb.

The 30-year-old, who started the day in third, was thankful as Scott’s birdie putt on the last just missed the hole. After Scott’s miss, he chipped onto the green from a bunker to putt for par and clinch the title.

Speaking after the win, Cullen admitted it was a special way to secure the victory.

“It would have been nice to have a little buffer coming down here, but a couple of three putts gave that away. To get up and down like that and have a win it’s an amazing feeling,” he is quoted as saying by the Times of India.

In the end, Scott finished tied for second alongside Josh Younger and James Nitties.

Paul Spargo, who had led at the start of the final round, finished tied in third alongside Matthew Griffin, Aron Price and Adam Bland on seven under.