Posted by Vincent Henderson on November 23, 2014 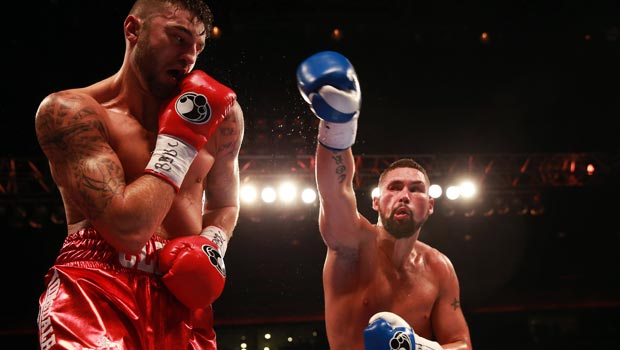 Tony Bellew admitted he was delighted to finally get revenge over Nathan Cleverly as he secured a split decision win on Saturday night in Liverpool.

The duo last met at light-heavyweight in 2011, with Cleverly coming out on top on that occasion.

However, the Welshman was far from his best as he struggled with the pace at the Echo Arena.

Bellew eventually got the verdict he’d been dreaming of thanks to two judges scoring the bout 116-112, 115-113 in his favour.

Many in attendance expected plenty of drama during the fight but neither man managed to land any telling blows. Both fighters started with a fast pace, but Cleverly tired from round eight and was pinned against the ropes for the last few rounds.

The former light-heavyweight world champion did admit after the fight he had possibly strained his right hand but he was quick to congratulate the ‘Bomber’ on his win.

While Cleverly asked for a rematch, Bellew was quick to insist their rivalry is now over.

He told Sky Sports Box Office: “I’m over the moon, listen it’s over, it’s put to bed. We said a lot of things. I don’t like him now, but it’s been settled tonight. It’s over, it’s done and I’ve outworked a great athlete.

“I won’t go back on my word – there’s not going to be a big embrace and a hug – but let’s just say there is respect here and it’s over, it’s done with.”