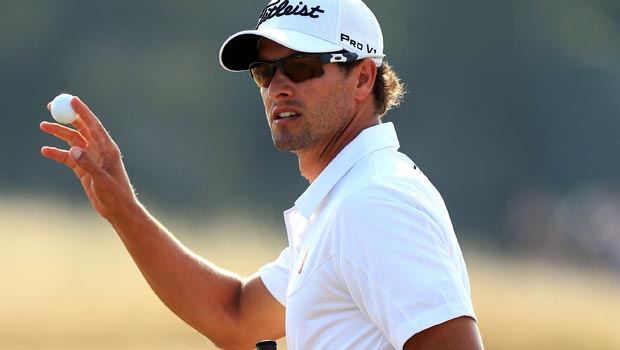 Adam Scott moved within touching distance of victory at the Arnold Palmer Invitational on Saturday, a victory that could see him usurp Tiger Woods at the top of the world golf rankings.

It was a below-par day for Scott as he toiled to a one-under par 71 on Saturday to take his overall score to -15 after three rounds, although he still holds a three-shot lead over America’s Keegan Bradley on -12.

The Masters champion got off to the worst possible start by bogeying the first hole and after 70 minutes of play he had seen his record seven-stroke lead reduced to just a single shot. An indifferent afternoon saw the leader hole three birdies and two bogeys in his last six holes.

Speaking after his round, the Australian stated: “I got off to a tough start and fought my way back all day.”

Scott, who marked his return to Bay Hill with a course record 62 round on Thursday, is currently 1.30 favourite to hold off Bradley, who is priced at 6.00 for success.

With world number one Woods absent from the tournament due to a troublesome back injury that could see him miss the Masters, a victory would see Scott move within touching distance of the number one spot.

If neither Woods or Scott play again before the Masters, which is to be expected, then victory at Bay Hill would see Scott become the world number one for the first time in his storied career, on the Monday before he starts his Masters defence.

Matt Every and Jason Kokrak, both of the U.S.A, share third at Bay Hill on -11, while Italy’s Francesco Molinari and America’s Chesson Hadley are a further shot back on -10.