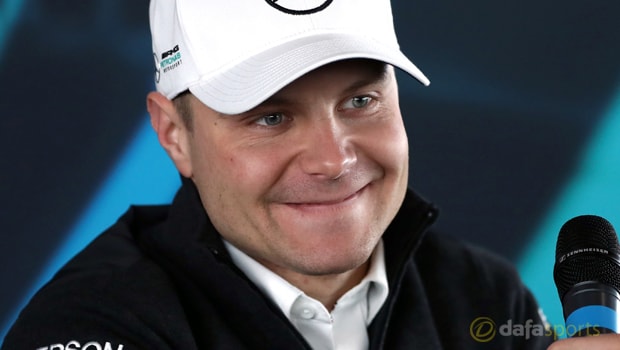 Valtteri Bottas believes there could be more tension with team mate Lewis Hamilton in 2018 as he looks to challenge the Brit for the world title.

The Finn was a late arrival at Mercedes ahead of the 2017 campaign after the shock retirement of Nico Rosberg, however, that didn’t appear to affect his performances.

Bottas, who is priced at 10.00 to lift the 2018 Drivers’ Championship, ended his maiden season with Mercedes on 305 points, third in the standings, and with three race victories to his name.

Team mate Hamilton proved too strong over the season and finished 58 points ahead of Bottas as he went on to lift a fourth world title.

Mercedes initially handed Bottas a one-year deal and they opted to hand him a further year due to his exploits, but he will need to repay their faith by mounting a more serious challenge for the title in 2018.

Bottas feels that a battle between himself and Hamilton could bring about greater tension within the team, similar to when Rosberg was around, although he insists he won’t be turning to the German for any advice.

“If Lewis and I are able to battle harder on track and go wheel-to-wheel then for sure there will be friction,” Bottas said.

“If it comes to winning a race or defending a certain position then you need to go for it.

“We have spoken with the team about Nico’s season; what kind of things he did, how much he worked with the team, the things he focused on, and beating Lewis. “But I don’t see the need to speak to Nico.

By working in my own way, and my direction with the team there is no reason why we cannot fight for the title.”