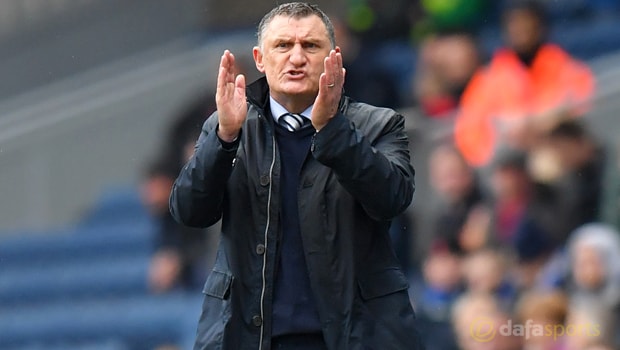 Blackburn manager Tony Mowbray believes strike duo Bradley Dack and Danny Graham can reach the 20-goal mark before the end of the season.

Rovers sit at the top of the League One standings, two points clear of Shrewsbury, and five ahead of third-placed Wigan, although both clubs have games in hand on the leaders.

Automatic promotion to the Championship was the ambition for Blackburn at the start of 2017-18 and after a poor start to the term they now stand a chance of achieving that, however, they will need to hope the chasing duo slip up at some point.

Dack and Graham have been key to helping the Lancashire outfit climb up the table with their partnership striking fear in most defences.

The pair both sit on 15 goals and Mowbray believes both men are capable of hitting the magical 20-goal mark in the remaining nine games.

Mowbray said: “They are both close to what is classed as the magical 20 goals, that would be a target for them I would think.

“Individually everyone will want to be top scorer, I’m sure Danny has been at most clubs he’s been at throughout his career.

“For me as long as they have more goals in their boots then I will be happy.”

Blackburn don’t return to action until after the international break and rivals Wigan, who travel to Walsall and Bury this week, could climb to the top of the table before Rovers get the chance to kick another ball.

The Latics are priced at 1.70 to win their outing on Wednesday at Walsall, who can be backed at 5.00 to come out on top, while the draw is available at 3.60.