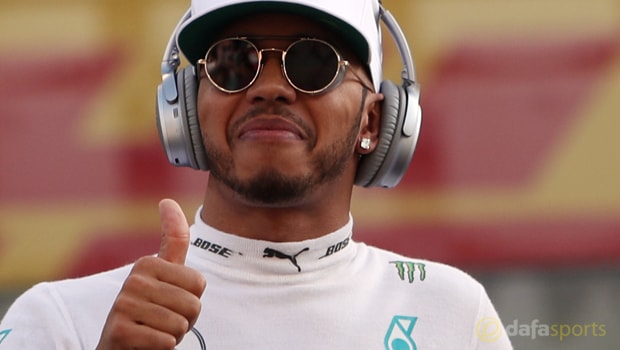 The Briton took a giant step towards a fourth world title as he led from the front to secure a victory in Suzuka, while championship rival Sebastian Vettel of Ferrari was forced to retire for the second time in three races.

Hamilton is now 59 points clear at the top of the Drivers’ Championship standings and he can clinch overall glory at the United States Grand Prix next time out.

Wolff has certainly been impressed by the 32-year-old’s recent performances, labelling his latest showing in Japan as ‘perfect’.

“This was another perfect performance from Lewis,” said Wolff. “He controlled the race from start to finish, taking nothing more out of the tyres and engine than he needed to at any point.”

Despite his confidence, Wolff is still not taking anything for granted in the world championship race, as he believes anything can happen during the remaining four GP’s of the season.

“One look at the points standings might give us some brief comfort, but there are still four races to go, 100 points to win in the Drivers’ title,” warned Wolff.

“If the past weeks have shown us anything at all, it’s that anything can happen in motorsport.”

Hamilton, who last secured world championship glory in 2015, is priced at 1.01 to clinch the title once again this year, while Vettel is available at 26.00.