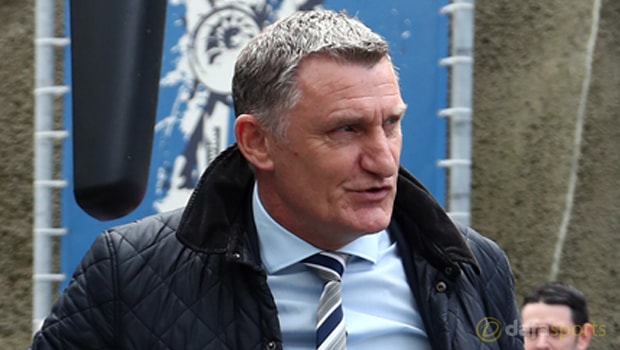 Blackburn boss Tony Mowbray wants to tie as many key players as he can to long-term contracts in a bid to avoid a mass exodus next summer.

Following Rovers’ relegation at the end of last season, Mowbray oversaw 14 departures and 13 new arrivals at Ewood Park, as he bid to revamp his squad for a promotion push.

So far Blackburn have made a solid start to the new season, as they have only lost one of their last eight league games, while Mowbray has also been able to tie the likes of David Raya, Ryan Nyambe, Scott Wharton and most recently Elliott Bennett to new contracts.

The former Celtic boss believes it is imperative Rovers tie their senior players to new deals, as he does not want to have to go through a mass upheaval of his squad once again next summer.

“I don’t want to get to a situation when you have to replace eight or 10 players every summer just because players are running out of contract,” Mowbray said.

“A succession plan, long-term plan, whatever you want to call it, it is important that the players that I like and the ones I want to keep to try and get them signed up for the longer term.”

Former Norwich ace Bennett was the latest player to sign a new deal, as he put pen to paper on a new two-year contract last week and Mowbray was delighted to see the winger commit his future to the club.

“Elliott has shown great commitment to the club and believes that we are going to get out this division,” Mowbray added.

Next up for Blackburn is a trip to Boundary Park to take on Oldham in the league on Saturday and they are priced at 1.83 to emerge from that match with a victory, while the Latics are available at 4.33 and the draw is on offer at 3.50.