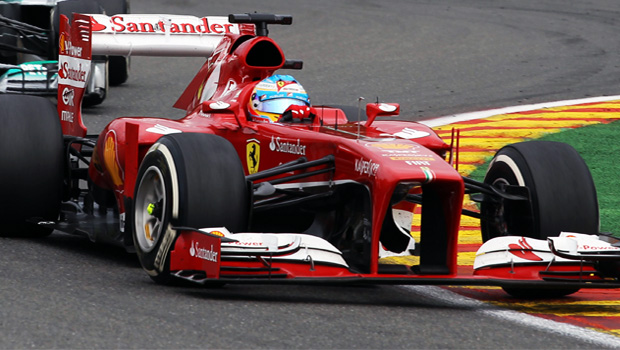 Fernando Alonso says the F1 title race is not over despite the fact he slipped further behind Sebastian Vettel after Belgian Grand Prix.

Alonso was second to Vettel in Spa and even though he remains the German’s closest challenger, he is still 46 points behind the Red Bull driver.

However, Alonso says he has been encouraged by Ferrari’s performance in Belgium following poor showings in Britain, Germany and Hungary, and with 200 points still up for grabs over the remaining eight races, he says there is still plenty that can change.

“We recovered some of the optimism we lost. It was a good weekend in terms of feeling and points,” Alonso said.

Alonso points to last year when he was leading Vettel by 39 points after the Italian Grand Prix, but found himself six points behind three races later.

“It is still open. The best example is last year,” Alonso said. “It can change very quickly. We just need to keep trying to improve our performance and try to turn it around.”

Lewis Hamilton, who made up the podium in Spa, jumped to third in the standings, 63 points behind Vettel, after Kimi Raikkonen was forced to retire and Red Bull team principal Christian Horner says the Englishman is still in contention.

“I don’t think you can write anybody off,” he said. “Obviously Kimi has had a bad day, but he is still in there and Lewis and Fernando as well.

“At this point there are still a lot of points available. But you’d probably have to say the [drivers on the] podium [in Spa] would probably be the main contenders between now and the end of the year.”