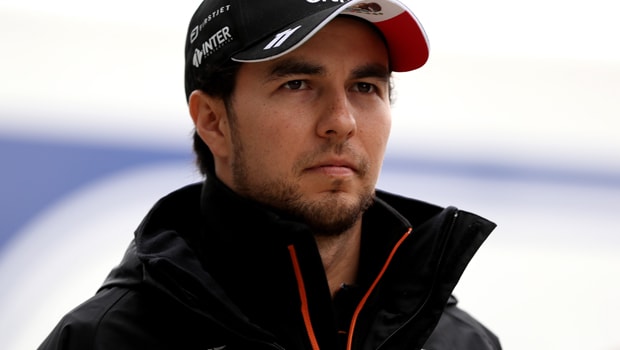 Sergio Perez says he is optimistic Force India can still finish the season fourth in the Constructors’ Championship ahead of this weekend’s German Grand Prix.

Force India were the best of the midfield pack last season as they ended up fourth in the team standings on 187 points, more than 100 points ahead of Williams in fifth but still some way behind third-placed Red Bull.

The Silverstone-based outfit were expected to kick on during this campaign but they have struggled to match the performance levels from last season and are currently languishing down in sixth place in the Constructors’ Championship.

Just nine point-scoring finishes have been recorded this term although Perez’s third at the Azerbaijan Grand Prix has at least provided something to look back on favourably.

Action heads to Hockenheim this weekend, with the first two practice sessions taking place on Friday, and the 28-year-old Mexican believes a clean weekend is needed to get the team back on track for fourth place.

“The main focus for Germany is to have a clean weekend because if we maximise our performance we can be at the front of the midfield.

“We are finding a bit more performance with each race and I still believe we can target fourth place in the championship.”

Mercedes star Lewis Hamilton, who is gunning for a fifth Drivers’ Championship this year, is the narrow 2.50 favourite to win Sunday’s German Grand Prix, just ahead of Ferrari’s Sebastian Vettel at 2.60.

Perez is a huge 1001.00 shot to land all the spoils whilst team-mate Esteban Ocon is the same price.