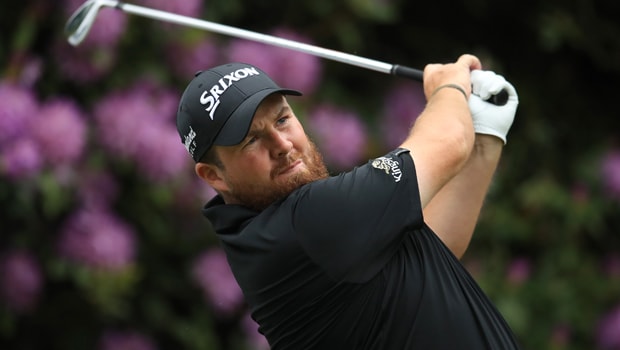 Ireland’s Shane Lowry believes the firm, dry conditions at Carnoustie this week are going to make for an extremely difficult 147th Open.

Scotland’s famous course will host the third Major of the season for the eighth time this week and there is another star-studded field ready to do battle on the links track.

World number one Dustin Johnson is the 13.00 favourite whilst Englishman Justin Rose, who landed his ninth PGA Tour title at the Fort Worth Invitational in May this year, is a 15.00 chance.

Much of the talk ahead of Thursday’s opening round has been about how far the ball is travelling on the hard fairways, with Tiger Woods hitting 3-iron a staggering 333 yards during a practice round.

American Rickie Fowler, who is 17.00 to lift the Claret Jug, hit a 400-plus yard drive at the Scottish Open last week, highlighting just how much roll the players are getting when they hit the short stuff.

Lowry, a 101.00 shot to break his Major duck, feels the course is going to play a lot harder than many are predicting and he says accuracy off the tee will be crucial to winning.

“I think people have a misconception of how this golf course is going to play,” he was quoted as saying by golfmagic.com.

“I think it is going to play a lot harder than people are seeing in practice.

“I think the greens are going to dry out and the golf course is like a runway out there. If you get the ball off-line, you are going to get yourself in trouble.

“I don’t think it’s driver everywhere. I think you need to get the ball in play, get the ball on the short grass and have control with your iron shots then.”