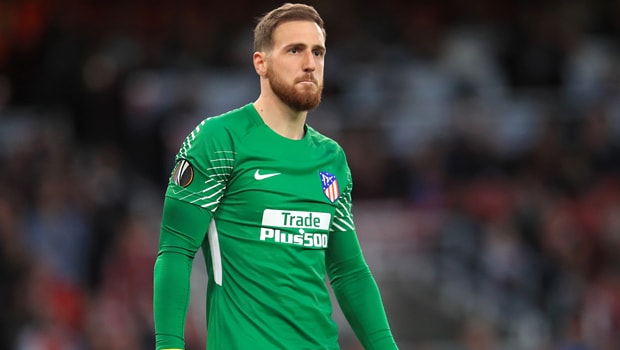 Atletico Madrid president Enrique Cerezo has revealed the club have received no offers for goalkeeper Jan Oblak during the summer transfer window.

Slovenia international Oblak is regarded as one of the next goalkeepers in the world after there are said to be a host of top European clubs chasing his signature.

The 25-year-old, who has been with the Spanish outfit since joining from Benfica in 2014, has been the number one for Atletico since the 2015/16 season and Chelsea, Arsenal and Liverpool have all been credited with an interest.

It was thought Los Rojiblancos would be facing a real battle to keep hold of the shot-stopper, whose contract expires in the summer of 2021, but Cerezo confirmed zero offers have been received.

“Nobody has approached us for him (Oblak),” he told Onda Cero radio.

“We have his situation tied down and we are confident he will form an important part of our team for many years to come.

Recent reports are suggesting both Chelsea and Liverpool have made Roma’s Alisson their number one target although the duo could turn to Oblak if a deal for the Brazilian doesn’t happen.

Cerezo also confirmed two of Atletico’s new signings would be officially unveiled over the next couple of days, whilst revealing the club are still looking to bring in more reinforcements.

He added: “New signings? We will unveil Rodri on Thursday then (Thomas) Lemar on Friday, and we are working on more deals. We are receptive to possible deals and strengthening our squad.”

Atletico are 15.00 to win La Liga in this upcoming season whilst defending champions Barcelona are 1.75 favourites, just ahead of Real Madrid who are priced at 2.38.