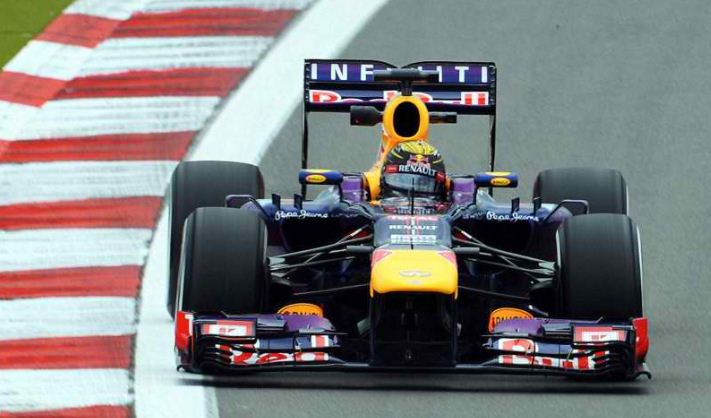 Reigning world champion Vettel has never won his home race but laid down a marker on Friday afternoon as he clocked a time of 1:31.790 to finish 0.235 seconds ahead of his compatriot Nico Rosberg on the timesheets.

The second session was something of a come down for the Mercedes team after Lewis Hamilton had gone 0.219 seconds quicker than teammate Rosberg and almost a second quicker than the rest of his rivals.

Hamilton was unable to repeat his showing in the morning session though and end up finishing eighth the second time around, although the British driver did look strong during the race-simulation runs later on.

Vettel admitted after the conclusion of the day’s practice session that he hadn’t been happy with his car in the morning, while also hinting Mercedes could have a strong weekend on home soil.

The fight for pole looks set to be between Red Bull and Mercedes again this weekend, with Ferrari and McLaren struggling for pace once more.

Fernando Alonso’s first practice session was ruined by an electrical fault with his car, while the Spaniard was sixth quickest in the afternoon, behind the Lotus duo of Romain Grosjean and Kimi Raikkonen.

There were no repeats of the tyre blowouts which marred the British Grand Prix last weekend, the tyre suppliers Pirelli having made alterations to the tyres in the hope of avoiding further controversy.