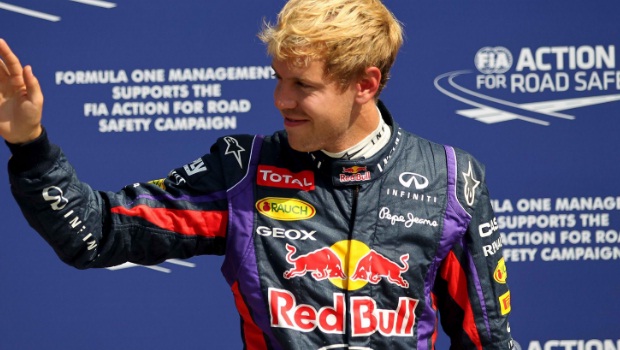 Red Bull have claimed a one-two on the front of the grid for Sunday’s Italian Grand Prix at Monza.

World champion Sebastian Vettel will start on pole, with team-mate Mark Webber second ahead of Sauber’s Niko Hulkenburg in third.

Hulkenburg’s lap was the real surprise of the final qualifying session as Sauber have not been any higher than 10th all season. However, he produced a strong lap to relegate the Ferraris of Felipe Massa and Fernando Alonso into fourth and fifth respectively.

Nico Rosberg qualified in sixth place on the grid, with Mercedes team-mate Lewis Hamilton a disappointing 12th. Toro Rosso’s Daniel Ricciardo, who is to replace Webber at Red Bull next year, qualified in seventh.

Speaking after qualifying had finished, Red Bull team principal Christian Horner admitted he was delighted with the outcome, saying: “It was a fantastic team performance, to have both drivers up there on front row. We couldn’t have asked for more than that.”

Meanwhile, Vettel believes that Red Bull will be strong in Italy this year.

He said: “This weekend, the car was fantastic.

“In the end, it’s a bit of a surprise to have both cars on front row at a place historically we’ve had bad years. This year seems to work well and hopefully we’ll have a good race tomorrow.

“We’re able to match other cars down the straight and we know in corners, we have a strong car.”

Vettel goes into the race 46 points ahead of Alonso in the Drivers’ Championship, with Hamilton 12 points further back.

The German will be hoping to build on his victory in Belgium last time out, and is also looking for his fourth win in six grands prix. He won in Italy two years ago, but finished a disappointing 22nd in 2012.

Meanwhile, the Milton Keynes-based team are 77 points ahead of Mercedes and 94 in front of Ferrari in the Constructors’ Championship, and will be hoping to build on these advantages at Monza over the weekend.