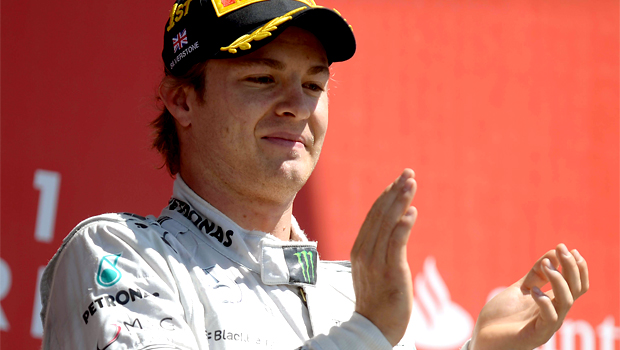 Mercedes’ Nico Rosberg believes the balance of power will swing back in his favour soon and he can return to form that saw him outperform team-mate Lewis Hamilton earlier this term.

Rosberg finished ahead of the Brit in qualifying for the third time on the spin at the Monaco Grand Prix in May.

However, the German then struggled to maintain his form and suffered five straight defeats to Hamilton as the two went off for the summer break.

Hamilton did claim a better finish at Silverstone but only due to tyre problem’s which hounded a number of drivers during the event in Britain.

The 28-year-old also secured pole position for the fourth time in a row at last weekend’s Belgian GP and ended Sunday’s race in third, one position ahead of Rosberg.

The Mercedes duo are separated by 44 points in the Drivers’ Championship, with Hamilton lying in third and Rosberg in sixth.

However, Hamilton’s recent run of form has not fazed the former Williams man who believes he can show huge signs of improvement in the second half of the term.

Rosberg said: “For one, Lewis has been doing a really, really good job and he’s on it. But that was clear from the beginning he was going to be a tough competitor, so he’s just done really, really well.

“From my side, [it’s] just a bit of a phase where not everything is going 100% right. I go through these phases as a driver and come on out the other side then there’ll be a phase where everything does go right like at the beginning of the year in qualifying.”