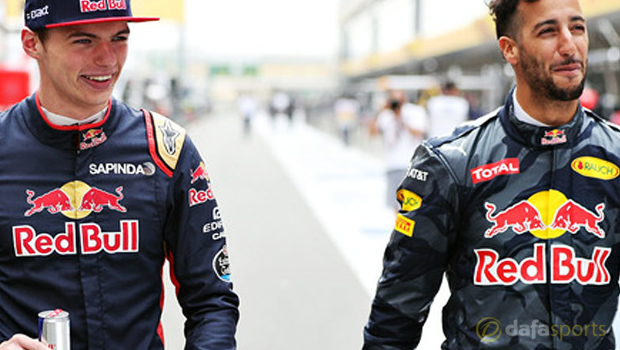 Red Bull’s pairing of Daniel Ricciardo and Max Verstappen is the strongest in Formula 1, according to the team’s motorsport advisor Helmut Marko.

Red Bull won four constructors’ titles in a row up until 2013 but have been trailing in the wake of Mercedes since.

Last season, more than 300 points separated the team as the Mercedes duo of Nico Rosberg and Lewis Hamilton fought out a thrilling race for the drivers’ championship.

Rosberg announced his retirement from the sport having secured his maiden title and Mercedes are on the verge of signing Valtteri Bottas from Williams to replace the German.

The decision not to promote junior driver Pascal Wehrlein to the coveted race seat next to three-time world champion Hamilton is taken as a sign that Mercedes can sense a sustained Red Bull challenge emerging, according to Marko.

“Now with Ricciardo and Verstappen we clearly have the strongest driver pairing,” he said. “We will certainly be closer to Mercedes.

And Mercedes also knows that, so they do not take any risks with the driver choice.” Bottas has proven his ability to be competitive in Formula 1 but the Finn has yet to win a race.

Marko was appearing alongside Mercedes non-executive chairman, and fellow Austrian, Niki Lauda on Red Bull’s ServusTV station and the latter also hinted at the special talents of teenager Verstappen, suggesting he is comparable to the greats of the sport.

“My fear is the potential he still has,” said Lauda of the 19-year-old. “It can be compared with [Ayrton] Senna or [Michael] Schumacher.”