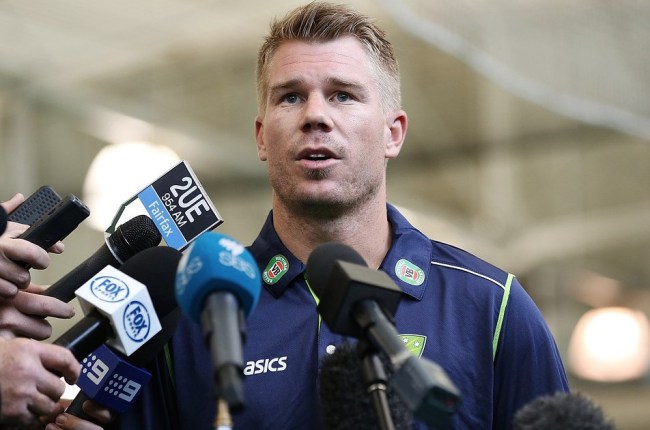 Australia have taken disciplinary action against David Warner and dropped him from ICC Champions Trophy for an ‘unprovoked physical attack’ on an England player.

Australia have taken more disciplinary action against David Warner and dropped him from their ICC Champions Trophy clash against New Zealand on Wednesday for an ‘unprovoked physical attack’ on an England player.

The incident occurred in the early hours of Sunday morning at the Walkabout bar in Birmingham, with the England player said to be Joe Root.

It was Warner who allegedly initiated the altercation at around 2am following England’s 48-run win over the Baggy Greens at Edgbaston on Saturday.

Root was one of three England players to have been given permission to attend the bar while Warner was among six Australians present, with the rivals staying apart until the incident.

The ECB insist Root was in no way to blame and released a statement which read: “The England and Wales Cricket Board confirms that David Warner initiated an unprovoked physical attack on a member of the England team in a Birmingham bar following England’s 48-run victory over Australia.

“Warner has admitted behaving inappropriately and has since apologised to the player involved who has accepted the apology.

Cricket Australia have now stood down Warner pending a hearing, meaning the left-hander misses the match against New Zealand, although he could still face further sanctions which include the possibility of being sent home from the tour.

Just last month Warner was fined $5750 for his involvement in a row on Twitter with two Australian journalists.