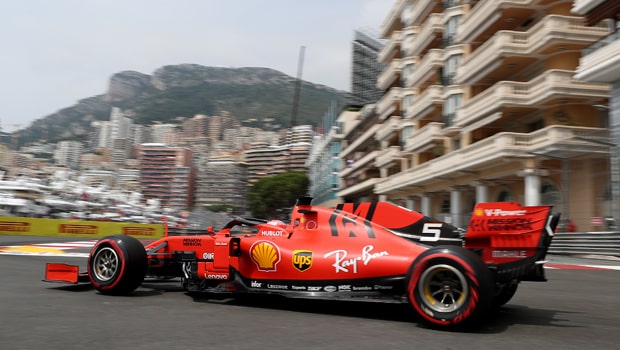 Former Ferrari driver Gerhard Berger feels the arrival of Charles Leclerc at the Italian team has unsettled Sebastian Vettel and means he is not operating at full capacity.

Having dominated pre-season testing in Barcelona, Ferrari have struggled to compete with Mercedes in the early part of the Formula 1 campaign, with the Silver Arrows winning all six grands prix this year in the guise of Lewis Hamilton and Valtteri Bottas.

Hamilton tops the drivers’ standings on 137 points after four wins while Bottas has 120 and Vettel has been forced to settle for third – 55 points behind the British flyer.

Leclerc arrived to much fanfare this season and has one podium finish to his name in Bahrain. The man from Monaco has ended up fifth in four other races while he failed to finish in his home grand prix last time out.

It seems clear that Vettel is still top dog with the Maranello-based marque and there have been team orders issued at some stages of the campaign.

However Berger, who won 10 grands prix in a 13-year career, does not feel all is rosy in the camp. “Vettel needs to feel at home, to live in a relaxed atmosphere,” he told Italy’s La Gazzeta dello Sport.

“He is suffering and cannot give 110 per cent, as happened when he was with Ricciardo when he then left Red Bull.”

The high-octane roadshow descends on Montreal next, with the Canadian Grand Prix set to take place on June 9.

It remains to be seen if Mercedes can keep up their dominance, with Hamilton priced at 1.22 to claim a sixth F1 title and Bottas on offer at 4.50. Vettel can be backed at 41.00.